Types of VIDEOS and CODECs with Android. 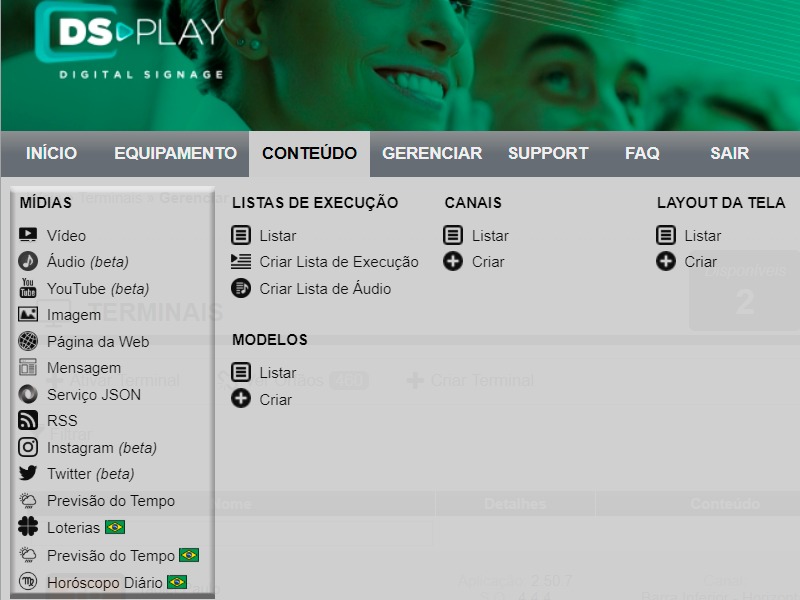 With DSPLAY, you can upload VIDEOS with the following terminations: mp4, avi, wmv, flv, mov, mkv, rmvb, rm, 3gp.
Remember to use Videos with CODEC supported by your Android hardware.

Understand a little about CODECs for Android:

What are the famous Codecs?

Codec comes from COdification and DECoding, that is, they convert heavy files into less files (encoding) and then to be executed they need to be converted again (decoding).

Codecs allow you to compress giant files into less, using different compression techniques, which is why different codecs work and different file sizes.

And it is not only the size of the final file to be analyzed, the compression and decompression time as well, as this influences the quality of the hardware needed to use each one.

Conteiners are the formats, that is, they are how the files are packaged, a video file has been encoded in a codec for video and another codec for audio and the container has to synchronize between the files.

Table of Codecs and containers supported natively on Android: 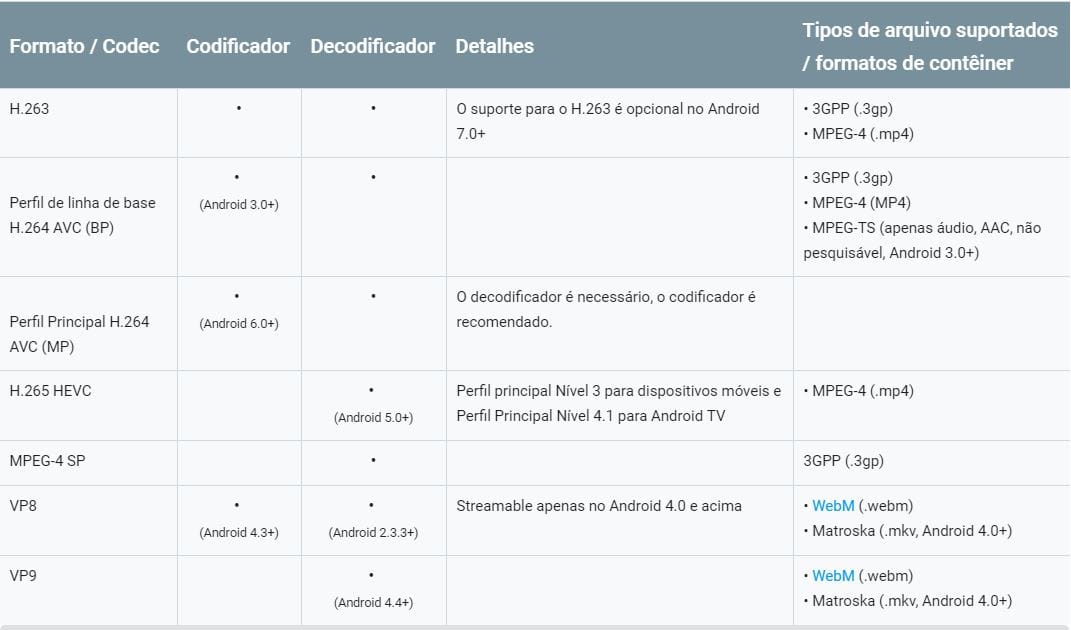 What is the best video format?

Google recommends the H.264 codec and ACC audio that uses the MP4 container, but this format already has a replacement, H.265, which should become popular because it is smaller in size.

The standard became very popular with the end of the FLV container the famous Adobe flash that was ignored by apple and replaced by Google for HTML5 that uses the MP4 format.

Another format recommended by Google is the VP8 or VP9 which uses the WEBM container a standard developed by Google and used on Youtube on compatible devices.

This format is also used by Netflix and other video streaming services, but soon it should be replaced by the AV1 format that is already being tested by youtube.

But what about Transcoders?

Transcoders are the software responsible for transforming a file from one format to another format, that is, it has both codecs and decompresses the current format and compresses it in another format.

For those who only use Android, I recommend the FFmpeg Media Encoder, it is based on FFmpeg one of the most used.

This FFmpeg is the tool used in the application that I recommend to download MP3 songs from Youtube for Android.

For those using Windows or Linux PCs, there are two other options: